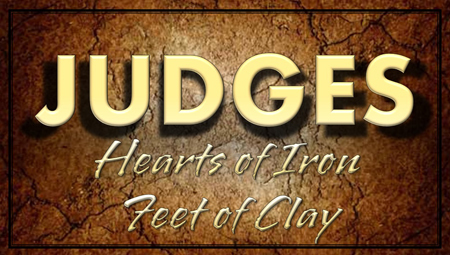 When a marriage fails, it can come as a great shock.  How did that happen?  They seemed so good together.  We didn't see any warning signs.  I can't believe it's happening!  Upon closer examination, it becomes apparent the demise of the relationship was actually a long time in the making.  They spent less time together.  If they were a Christian couple, they likely no longer prayed together.  Communication was less frequent.  The unhappiness of at least one of them was a well-guarded secret.  There were unnoticed cracks in the marriage for quite some time.

This seems similar to what happened to God's people, the Israelites, after they'd entered the promised land and had defeated the Canaanites.  Having succeeded in the national wars of conquest, they were now tasked with the tribal wars of occupation.  The remaining pockets of resistance had to be ferreted out.  The enemy had to be eliminated.  Eliminate the Canaanites or be eliminated.  It was that simple.

What happened?  The book of Judges chronicles the story of the sad fortunes of God's people upon entering the promised land.  In a nutshell, they forgot God.  They forgot what He was like and what He required of them.  Over time, their hearts grew hard and they revealed their distrust of the LORD and their preference for other deities.  It was a sad story.

But there's much we can learn.  Like them, we too can slide into apathy and position ourselves for spiritual failure.  It's not so much that we plan on it, but through inattentiveness and over-confidence in ourselves, we drift.  Before we know it, voila, our hearts belong to another!

We hope you will join us for this series on Judges: Hearts of Iron, Feet of Clay.  By reading this ancient story, we can arm ourselves to better face the repeated invitations embedded in culture and social media that are enticing us to embrace someone/something other than the living God of scripture.

So Broken. So Fallen.

Samson - Downfall of a Hero

That's No Way to End a Life

Gideon vs the Other Guys

The Nation That Forgot About God