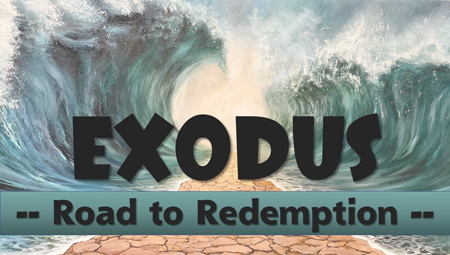 This film, released in 1956, was nominated for 7 Academy Awards, including Best Picture and was one of the most financially successful films ever made.  The 10 Commandments grossed, in today's currency, $1.17 billion dollars.  According to Guinness World Book of Records, it was the eighth most successful film of all time.

It was based on the second book of the Bible, Exodus, and dramatized the biblical story of the life of Moses.  Moses was an adopted Egyptian prince who became the deliverer of his people, the enslaved Hebrews.  The movie was filmed on location in Egypt, Mt Sinai and the Sinai Peninsula.  https://en.wikipedia.org/wiki/The Ten Commandments (1956 film)

If you saw the movie, you'll love the book.  It's way better.  In fact, the story of how the Israelites got out of Egypt is alluded to over and over again in the Bible.  It's that important!  It's a classic story of redemption.  It's a tale of intervention on behalf of a ragtag people who felt trapped, unable to chart their own destiny.  God not only adopted them, but in time, elevated them above the peoples of the Ancient Near East.  And all this from such humble beginnings.

In part 1 of our Exodus series (The Great Escape, chapters 1-18), we'll learn about the background, players and drama of the story.  We'll encounter a beleaguered people who for centuries called out to God for relief.  And we'll meet their unlikely deliverer - a man strangely disinterested in getting involved in what God was doing.

Perhaps what resonates most with readers of Exodus is the recurring theme of forgetfulness which runs parallel to another theme - the LORD's faithfulness.  Exodus will encourage modern readers to be in awe of God as he does battle with the gods of Egypt.  It will assure us of God's endless supply of patience.  And it will portray God's goodness in a manner that should evoke trust and obedience.

We hope you'll join us on this amazing journey to redemption.

The Gift of Vulnerability

The Gift of Hunger

The Gift of Thirst

Complaining to the Lord

The Birth of Moses