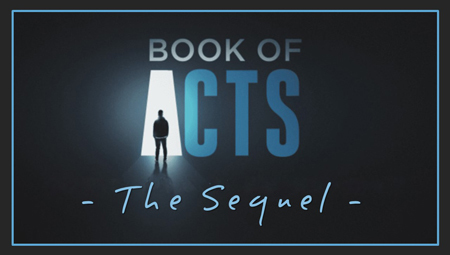 The book of Acts opens with an intriguing observation: Jesus' ministry, described in Luke's Gospel, continued after Jesus returned to heaven (Acts 1:1-2).  Acts is the sequel, highlighting the ongoing work of Jesus through his followers.  By their lives and witness and under the direction of God's Spirit, the Jesus movement grew.

In the 30-year period chronicled in Acts, the Jesus movement spread throughout the then-known world.  This is suggested by brief summaries sprinkled by Luke through the book.  Amazingly, by the last chapter in Acts, there were Christian communities established from Jerusalem to Rome and key points in-between (9:31 11:19 16:6 16:9 28:14).  And all in just 3 decades!

And the Church continued multiplying even after the end of Acts!  For 2,000 years, Jesus has been calling, saving and transforming people.  According to one New Testament expert, Thomas E Schmidt in The Apostles After Acts, p.5, this should move us to wonder... to wonder at this story, at this Person Jesus, who continues to produce sequels in the lives of many!

Balmoral too, is an expression of what Jesus continues to do in the world.

The past while, the elders have been sharing a dream they have - to see the Chapel morph into a community that is increasingly outward facing.  They've been messaging the congregation, through modelling and words, the priorities of cultivating people awareness and intentionally engaging those with whom we live, work and play.  As well, we've been asking the Lord to embolden us to bear witness to him.

With this in mind, we'd like to embark on a series in the book of Acts.  Our prayer is that God would use this to draw us further into what He is doing in our time.

It's an astonishing story, meant to both inform and inspire. We hope you will join us for Acts: the sequel!