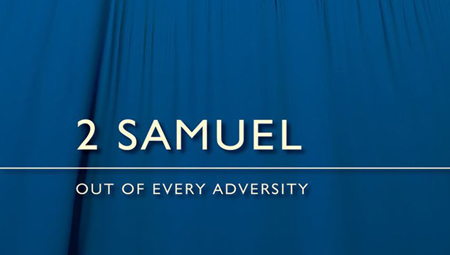 There's an intriguing phrase that appears at the beginning & end of David's kingship (2Samuel 4:9 & 1Kings 1:29), hanging like an unfurled banner over his life and times.  It reveals why David & his kingdom succeeded and survived.  Not because of his physical prowess or military might.  But because of God, who time-and-time again, delivered him... "OUT OF EVERY ADVERSITY"!  We will marvel at David's covenant God, Yahweh, and His faithfulness in mercifully delivering king & people in spite of their failings.

The Cost of Covenant Breaking

The Return of the King

In the Presence of My Enemies

Sexuality - Beauty and the Beast

When a Prophet Crossed the King

When the King Crossed the Line (...joined in progress)

"Thanks" for Future Grace

A Death During Worship

The Crowning & Rule of the King

Out of Every Adversity